Musicians unite at Bangalore For Chennai!

In the wake of the recent calamity in Chennai and the surrounding regions, musicians across Bangalore are coming together at Opus Out of the Box this evening, in a fund-raising gig for all those affected. The evening will feature performances by artistes like All the Fat Children, Mad Orange Fireworks (woot woot), The Sylvester Pradeep Trio, Swarathma, Chris Avinash, Bruce Lee Mani, Vasundhara Das, Roberto Narain and others.

Sanjeev Thomas, one of the established musicians of Bangalore and guitarist with A.R Rahman has been instrumental in putting together this evening. When we spoke to him regarding how he managed to get so many big names together in such a short span of time he quipped: 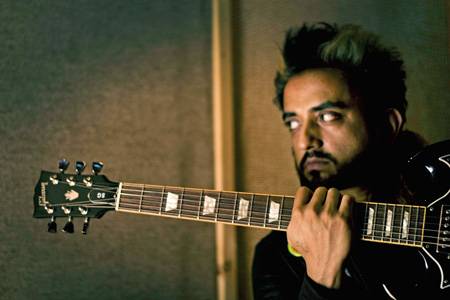 “When I called up all the musicians I knew in the city, everyone immediately agreed. The only bands that couldn’t make it were those who already had prior commitments. We were also overjoyed that the folks at Opus gave us the venue to have this gig without any hesitation.”

For Sanjeev, having spent over a decade in Chennai, and having worked with so many musicians in the city, it was only natural that he wanted to do something significant for the people affected by the floods. He will also be playing on stage this evening.

In other news, Michael Dias from Mad Orange Fireworks told us:

“Personally, I’m just very glad that I get this opportunity to contribute to Chennai by doing what I love, play music. We intend to put on a stellar performance dedicated to our families, friends and fans in Chennai.”

All the proceeds from this evening will be going towards the Hope Foundation. While we love that everyone is helping out with food and clothes, there’s also this bigger need of housing and rehabilitation.

Sanjeev has personally met the team from the Hope Foundation and FYI they will be helping with housing in Southern Chennai and Cuddalore regions. 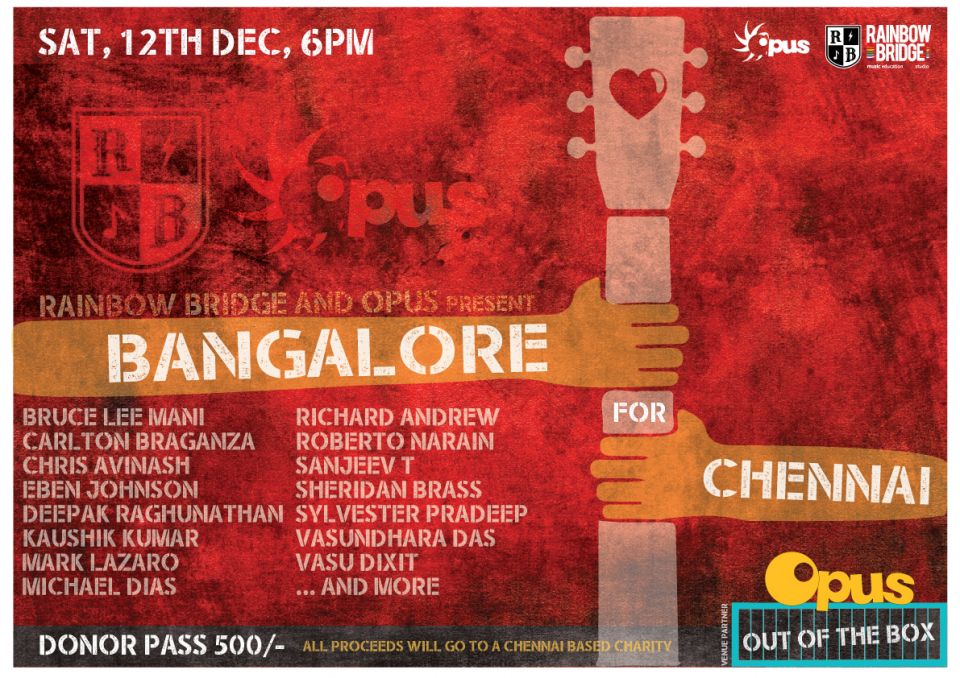 The gig starts at 7 PM at Opus Out of The Box and the donor passes are at INR 500 each. Here’s the event page. Please do try to make this a productive (and a fun) Saturday night! We implore you Bangalore.