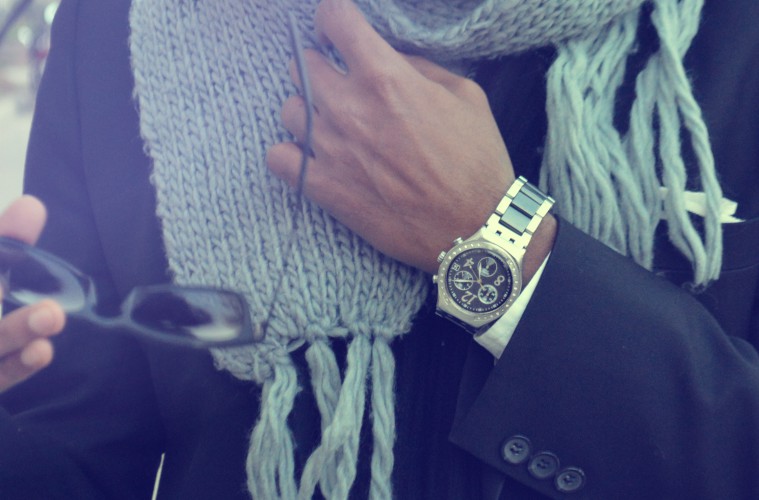 “Men and scarves”, a correlation that does not always go well. Originally and technically 10 inches wide, 70 inches long piece of rectangular fabric cut to wrap around the neck has not always charmed the men of India.

While some of us might try to deal with “How to tie a scarf in 5 different ways” problem, most of the Indian male population feels wearing a scarf is somehow effeminate. Now how about that ha?

So I took it upon myself to solve this problem. You can thank me later 😉

Just for your information – Scarves have been around for over 2000 years. They have not only been around but been a staple in men’s wardrobe as well. Back then militaries used to use scarves as rank insignia and unit designators. Rite from Terracotta warriors of China to Modern day desert military units. They all have sported this particular article of clothing which has now become a fashion accessory. Doesn’t sound so girly anymore. Does it? 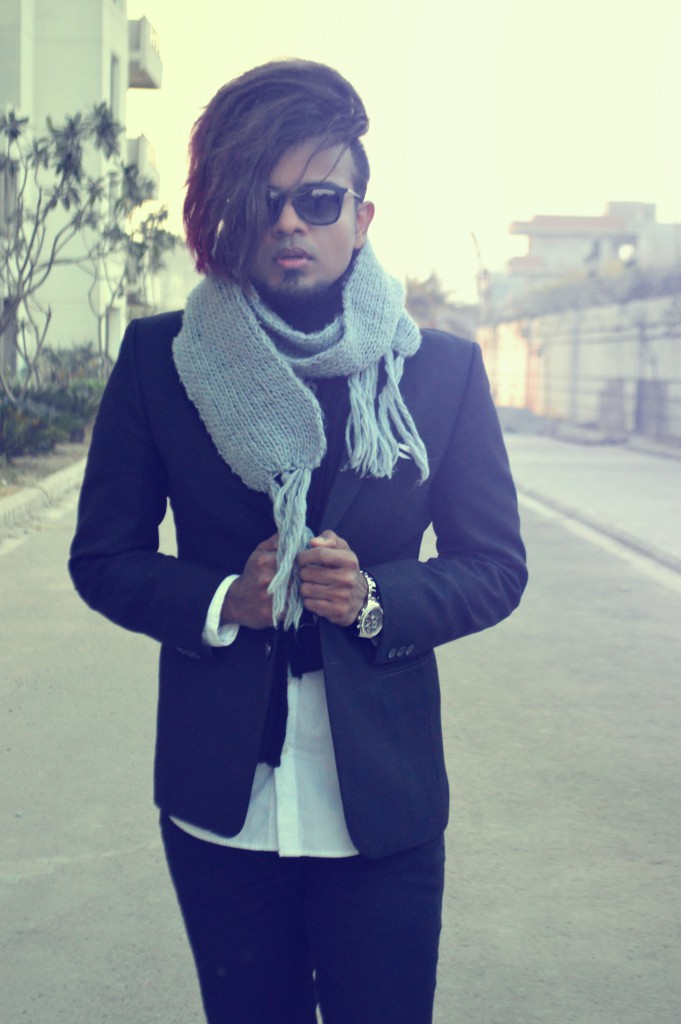 The basic functionality of a scarf is to protect your neck from cold weather but men also wear it to protect their neck from sun and sand while crossing the Sahara. Of course those scarves are made of light weight fabrics like Linen or silk.

In today’s world, it has become more of an accessory which can be sported anytime of the year. Specially if you are living in a city like Bangalore where the climate condition is way too fabulous.

You can wear it with your casual t-shirt, with your summer jacket, with your sweater, layer it with your leather biker jacket or blazer or wear it at extreme bone chilling condition. It just adds an instant upgrade to your entire ensemble giving you a dapperly (if that’s a word) and classic look. 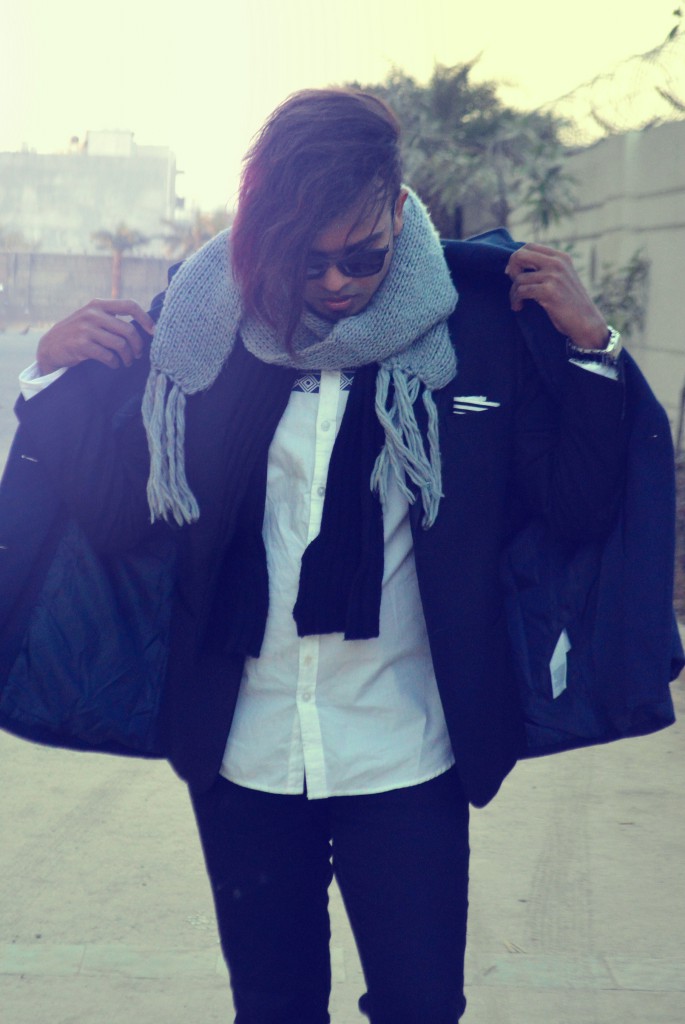 In the images I am wearing a thick knitted scarf that I bought from UCB. I have layered my look a lot because I was in Delhi during the shoot and we all know how cold Delhi gets in December. Phewwwwww…. 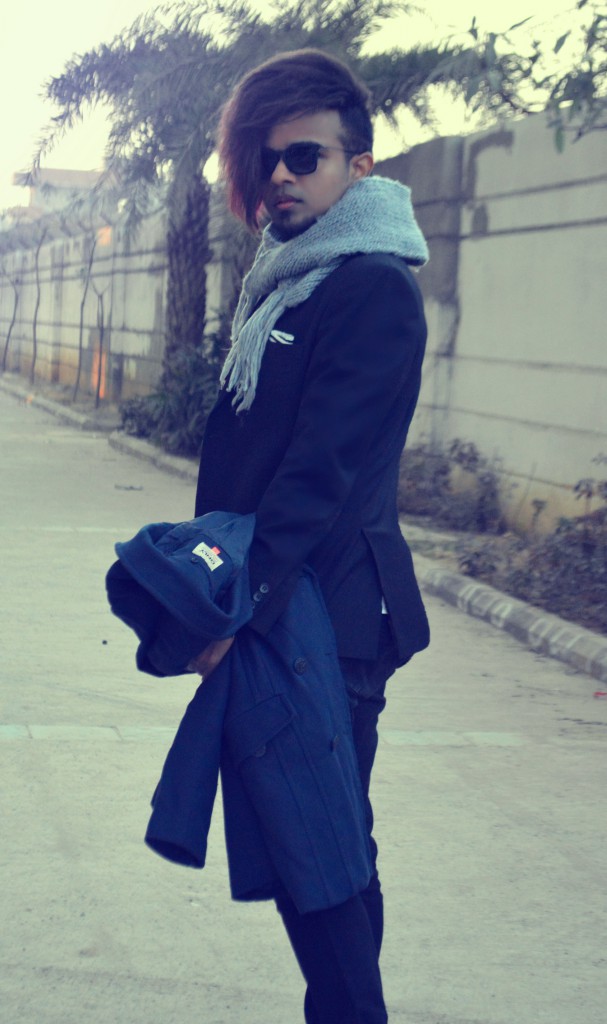 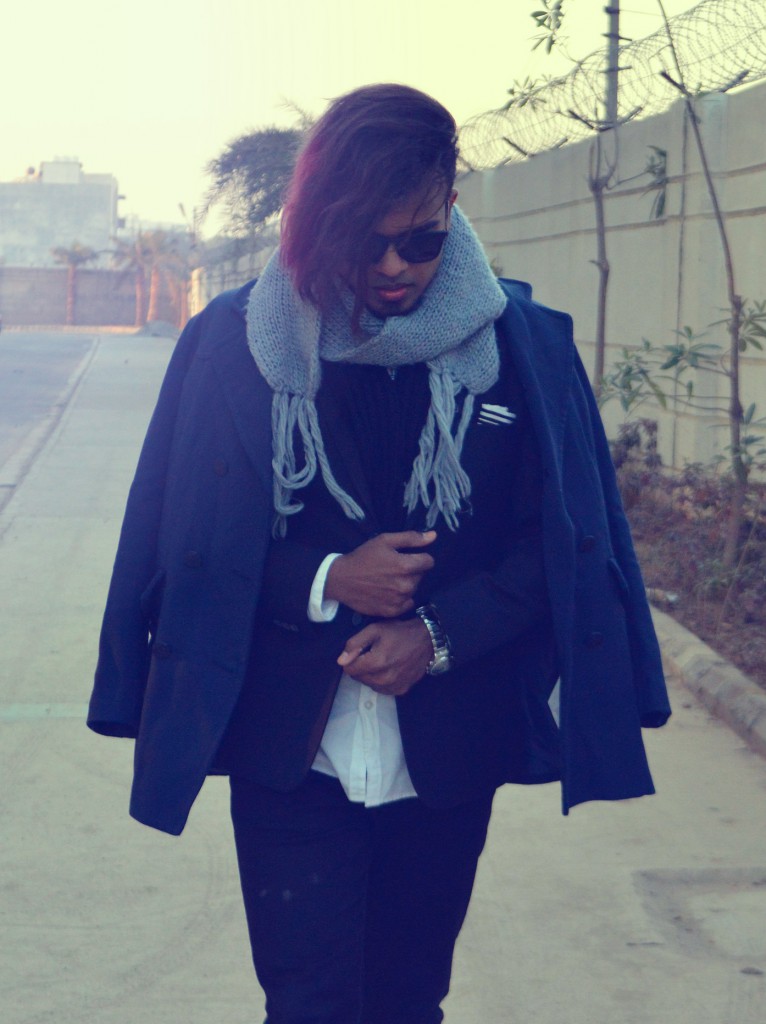