Nestled among golden, sparsely populated farmlands in Whitefield, is a house which is ¾ typical modern South Indian vernacular in character and ¼ contemporary tropical brutalist architecture. This recent residential extension was designed and christened “Quarter House” by Chennai based architect Karthick Chidambaram. 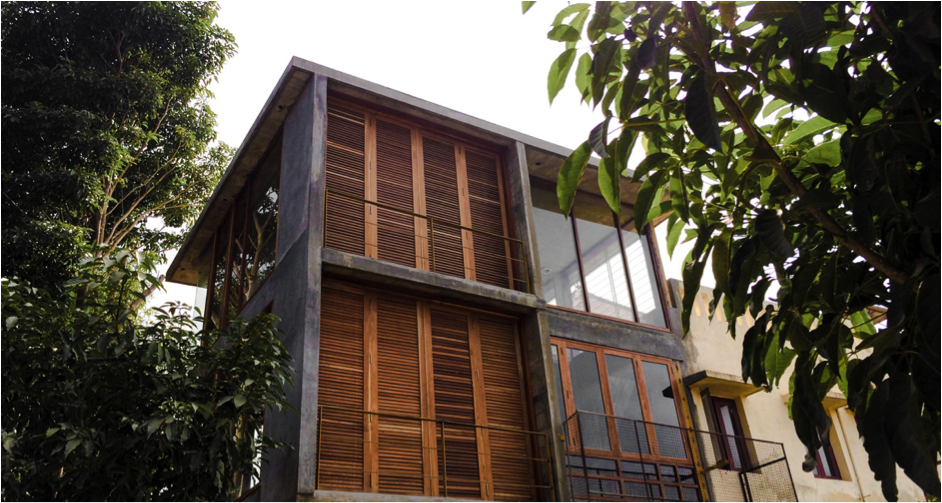 The quarter house is an epitome of Modernist Ludwig Mies van De Rohe’s work philosophy “Less is more”. Located amidst vast emptiness, that the residents weren’t expecting to have disturbed in the foreseeable future, the architect chanced on an isolated opportunity to create a space that brings the natural surroundings in direct conversation with the interior. 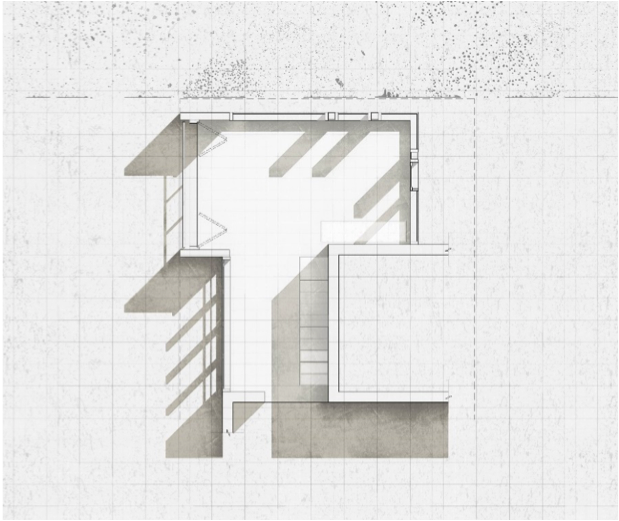 Ground floor plan demonstrating the play of light and shade.

The skin of the building was designed with Purist intentions of staying true to material character. Raw exposed shuttered concrete slabs and cement plastered walls that seamlessly flow onto plain cement floors create an almost monolithic grey shell. The solid wood sections used throughout the residence were all cut from the same log of wood, keeping the exposed natural grains consistent throughout the house. With the cold, hard concrete juxtaposing warm wood tones and clear glass filtering in natural light, it is rather remarkable to think of the warmth and contrast introduced within the space by employing only three materials! 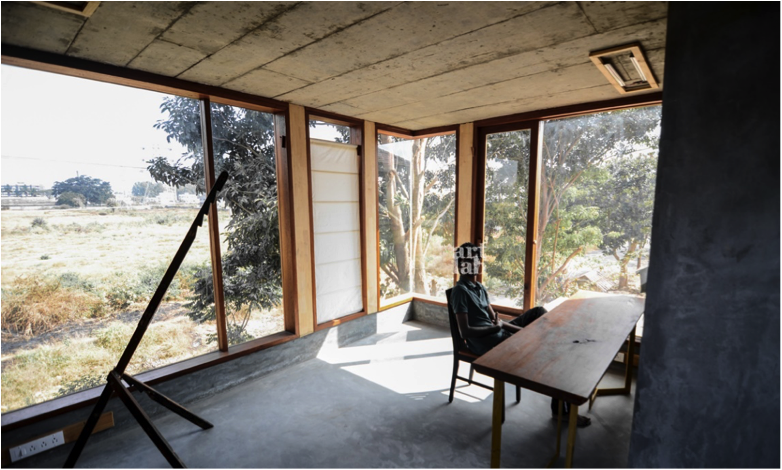 Large, full sized openings make the most of the serenity and near perfect weather. The architect played with three different types of windows – wooden louver shutters where privacy might be desired; swinging casement windows to access utility passages; a combination of fixed and sliding shutters that can be operated according to the amount of light and ventilation desired. These windows became the most striking feature of the structure through which two complete contrasting environments co-exist in solitude and harmony. 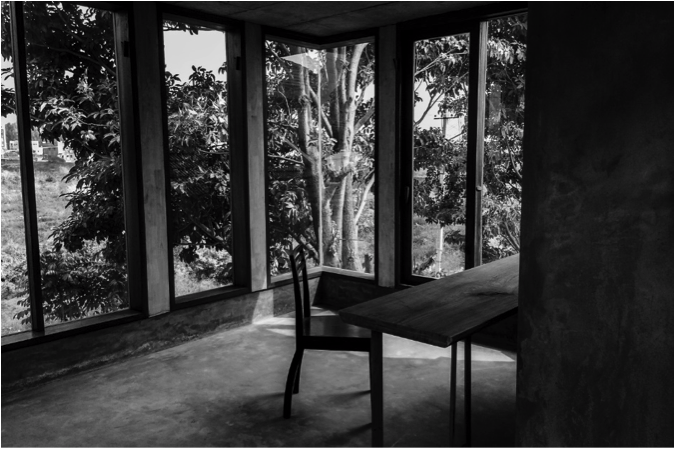 Built as an extension of the daughters’ bedroom, the structure was expanded onto the terrace that the older space opened into, creating two levels, one for each daughter to be used as a study and resting space. A cantilevered wooden tread staircase connects the levels through a double height passage. 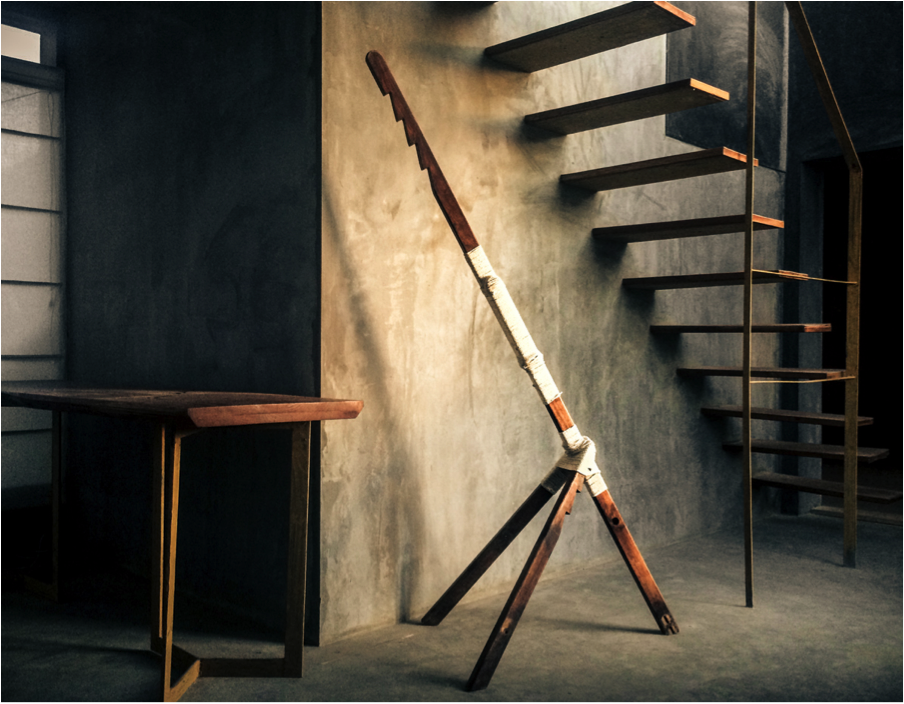 A lot of the development of the design was very experimental. The designer wanted to see how invisible he could make the railings at the staircase and balconies by employing a minimal use of mild steel flats, rods and mesh sheets. Wooden planks and sections were used to frame mundane switchboards and surface mounted tube lights. Even the furniture and accent pieces were hand crafted and installed by the designer. 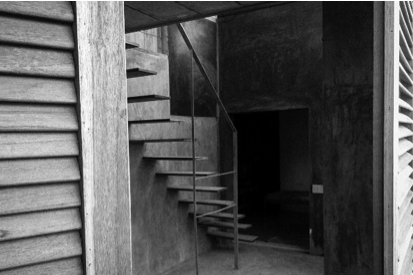 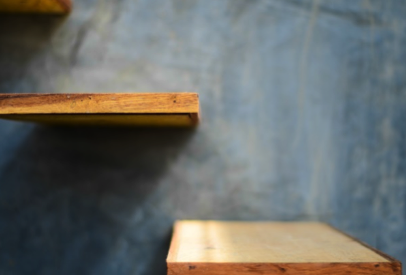 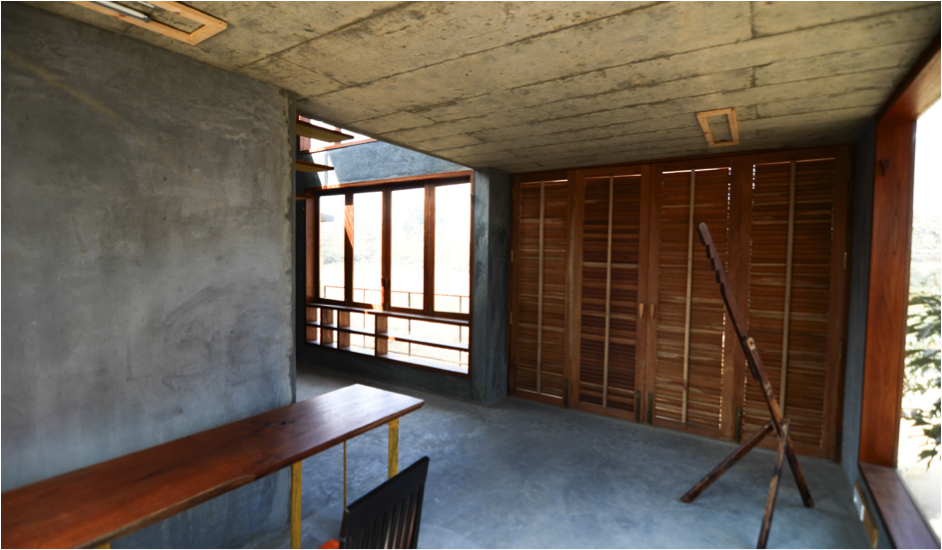 “Everything was an experiment, some worked and some could have been done better.” The quarter house is a testimony of an honest effort to craft a space that makes the most out of its context. And isn’t that what the journey towards perfection is about?